A scene for the 1980s detective series “Remington Steele” was filmed in Dublin Connolly after hours on 23rd November 1986. For the occasion the station was dressed up to resemble Paddington in London, and No.85 and NCC cariages 68 and 87 were adorned with the BR arrow motifs of the time. The film makers stated that although it was supposed to be a present-day scene, a steam engine would look more attractive for the American audience. The filming included a fight scene in the Connolly foyer involving a young Pierce Brosnan. The train worked from Whitehead to Dublin on 21st November and returned on the morning of Monday 24th November. 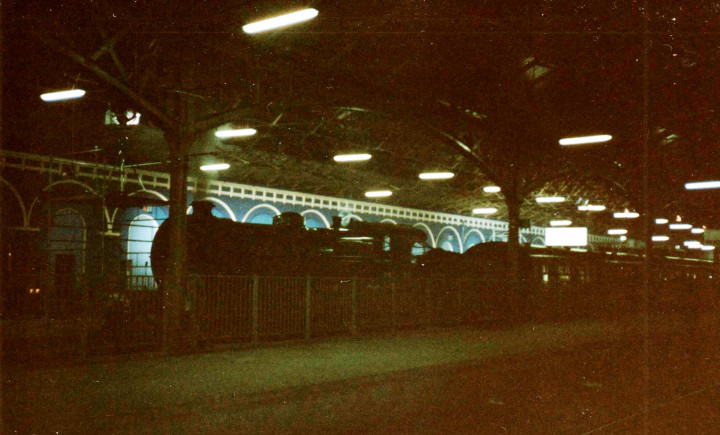 Late on the evening of Sunday 23rd November 1986 No.85 and train are at rest in Connolly station. 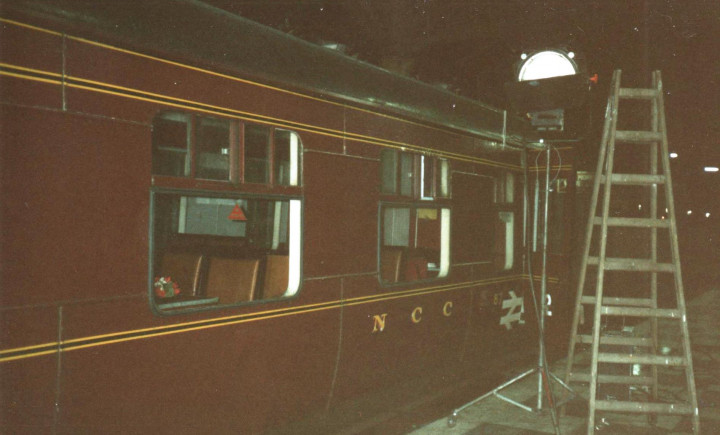 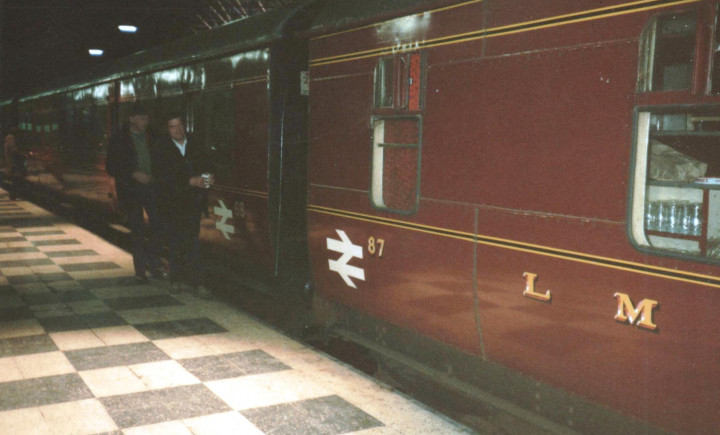 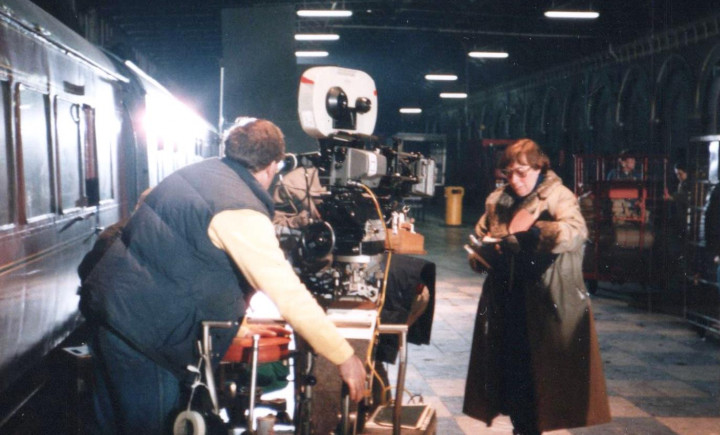 Setting the scene on 'Paddington' Platform 29. 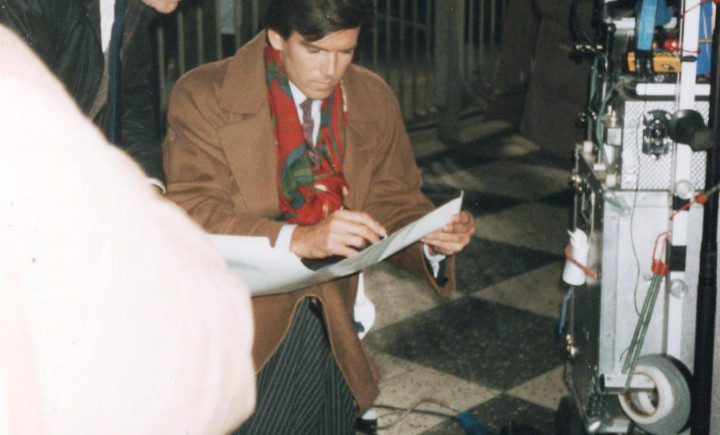 Operations Officer Ernie Gilmore cops an autograph from Pierce Brosnan, 'Honest, it's for my wife!' 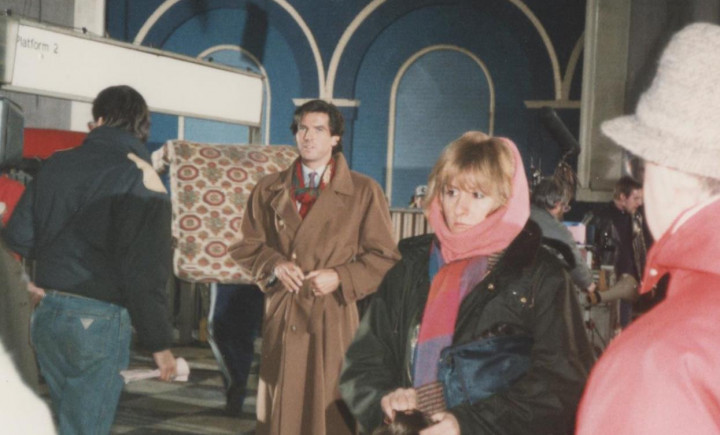 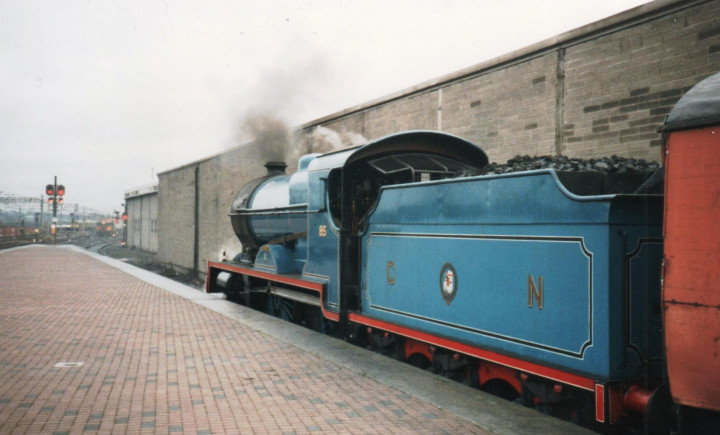 The next morning, Monday 24th November, No.85 awaits departure from Dublin. 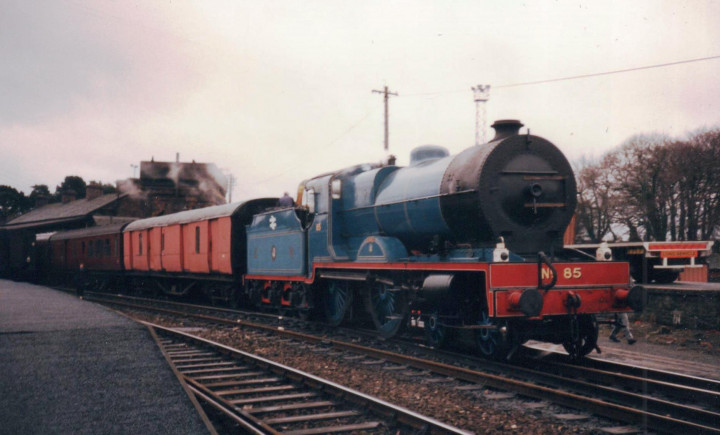 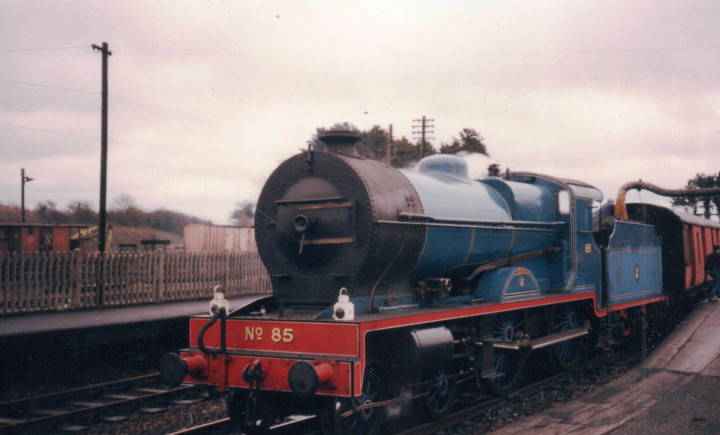 Taking water at Drogheda with the 'undoctored' side on view.