Due to the Barrow Bridge having been struck by a ship, No.461 (on its first railtour) was to haul the train via Rosslare to Wellingtonbridge where tour passengers were to be transferred to Waterford by bus. No.4 was to take up the train at Waterford, with a trip to Carrick-on-Suir and then back to Dublin via Kilkenny. However, No.461 disgraced itself by failing at Gorey and the trip was hauled by GM 176 from there to Wellingtonbridge, and the set transferred by diesel via Dublin to Waterford overnight. Also, No.4 had been prohibited from entering Waterford due to a weight restriction on a bridge, so the Sunday train started by diesel to Thomastown, to where No.4 had run light. A run back to Kildare, then Tullamore and back to Dublin and Belfast completed the weekend. Saturday 11th May: (461) Dublin Connolly - Gorey; (GM 176) Gorey - Rosslare - Wellingtonbridge; (461 LE) Gorey - Dublin Connolly. Sunday 12th May : (4 LE) Dublin Connolly - Kildare - Kilkenny - Thomastown; (071) Waterford - Thomastown; (4) Thomastown - Kilkenny - Kildare - Tullamore - Dublin Connolly - Belfast Central. Monday 13th May: (4) Belfast Central - Bangor - Lisburn - Antrim - Belfast YR - Larne Harbour - Whitehead. 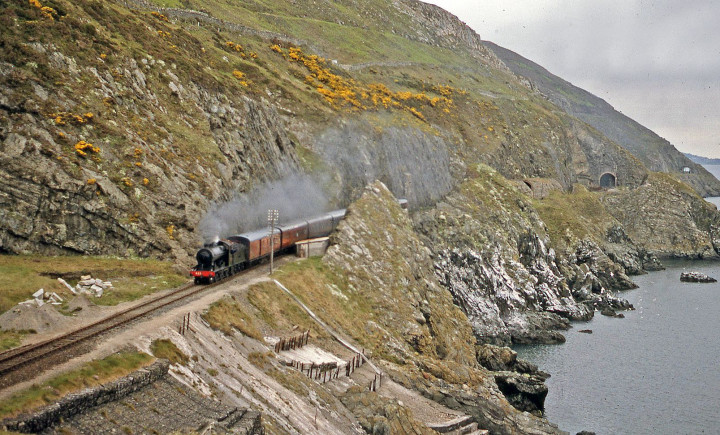 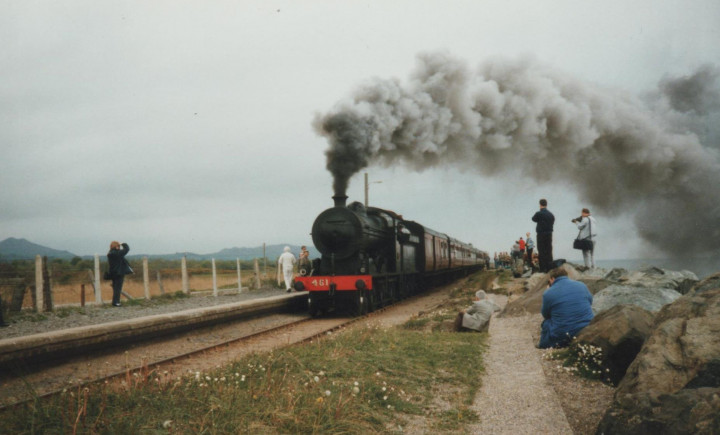 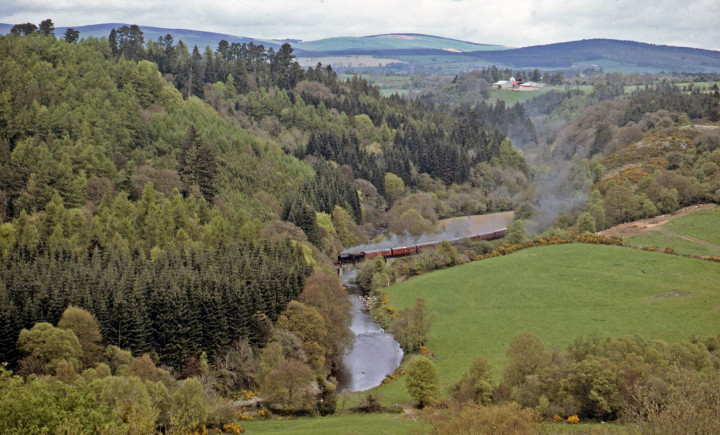 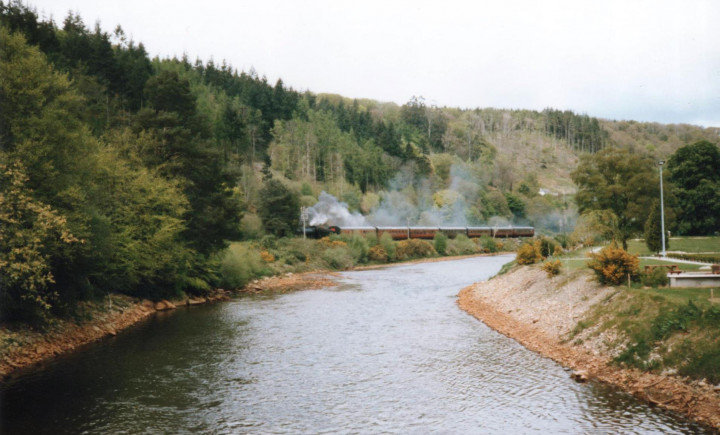 11/5/1991: A lineside bus took photographers to the golf course at Woodenbridge. No.461 approaches along the River Avoca. 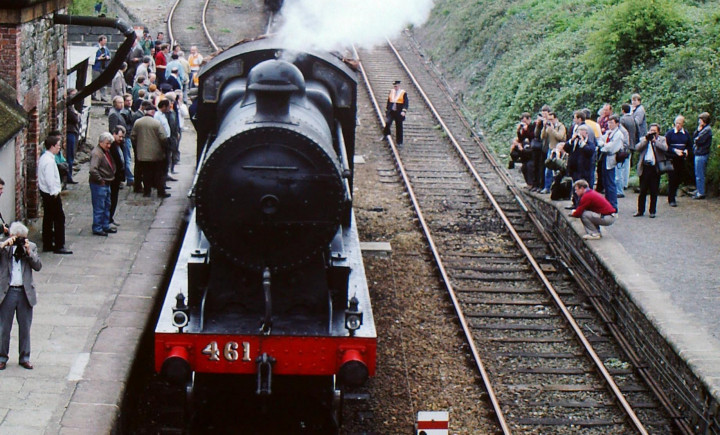 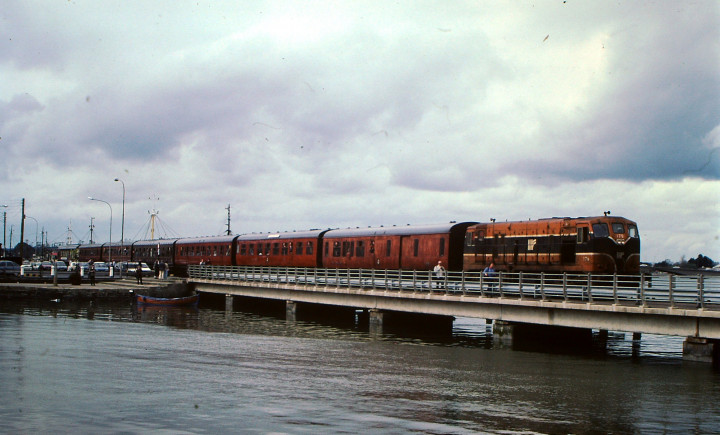 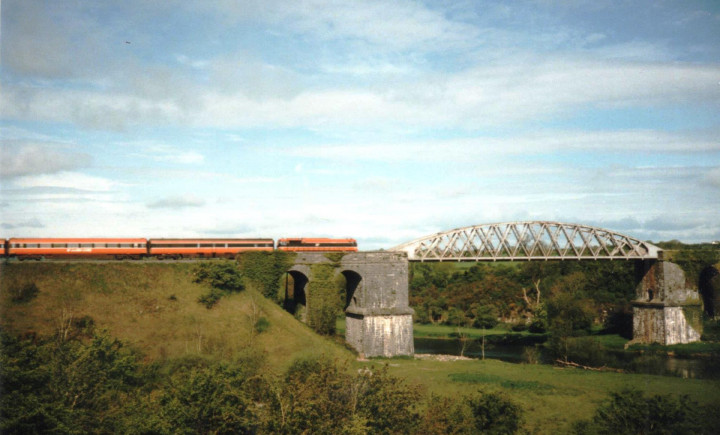 12/5/1991: On Sunday morning, while waiting for the tour train to come from Waterford, a Down service crosses the River Nore bridge just south of Thomastown. 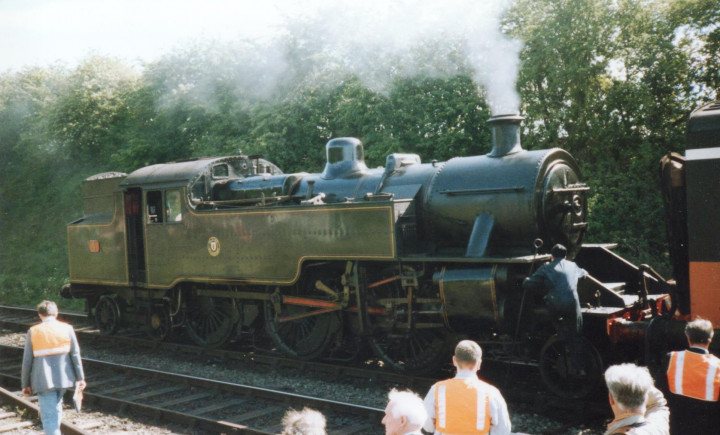 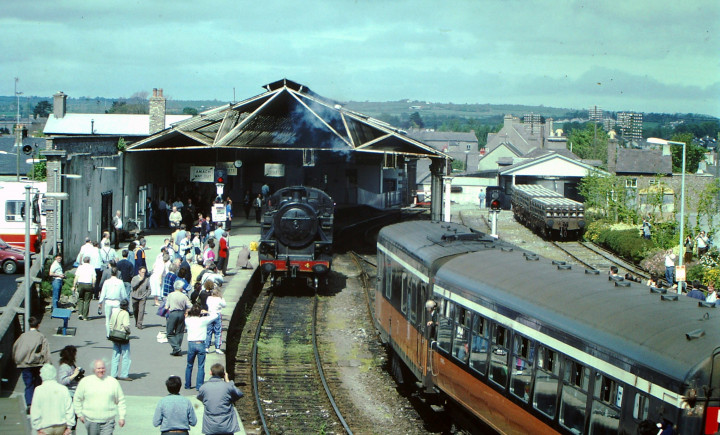 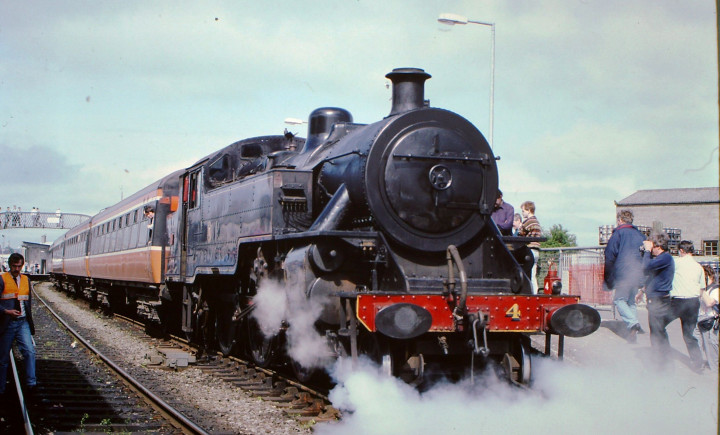 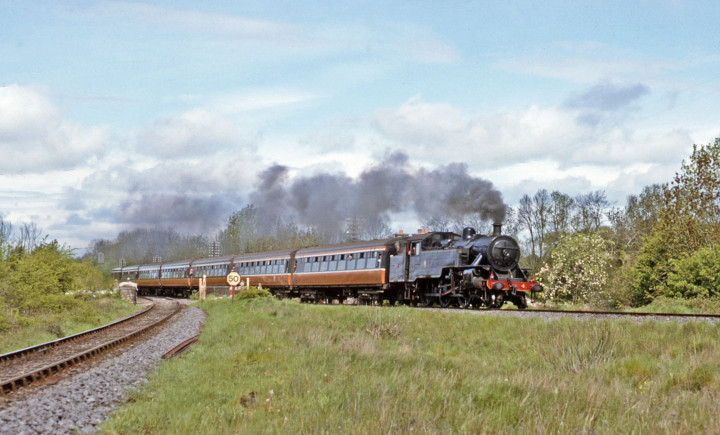 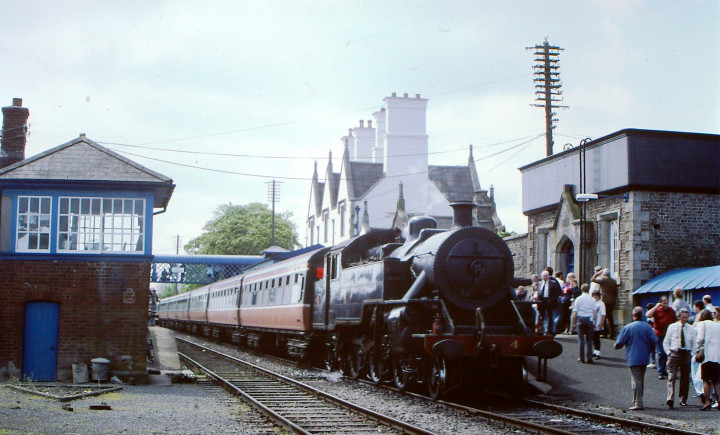 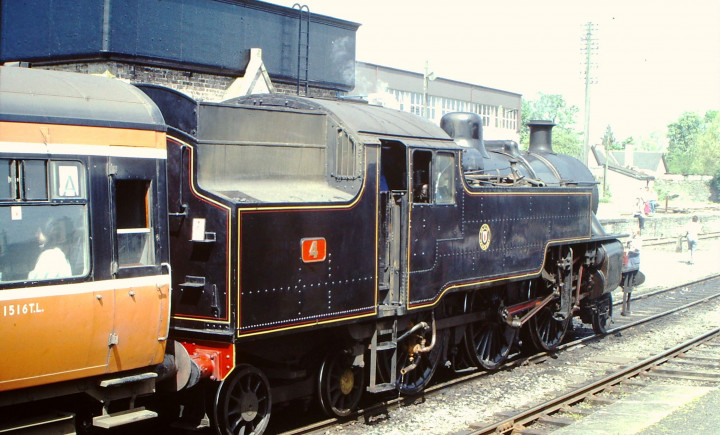 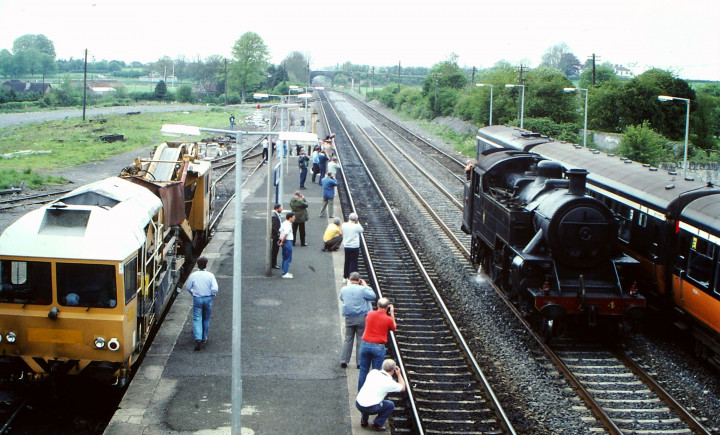 12/5/1991: The train has come off the Waterford line and is at Kildare. No.4 runs around to take the train back down the main line to Portarlington and Tullamore. (M. Birchenough) 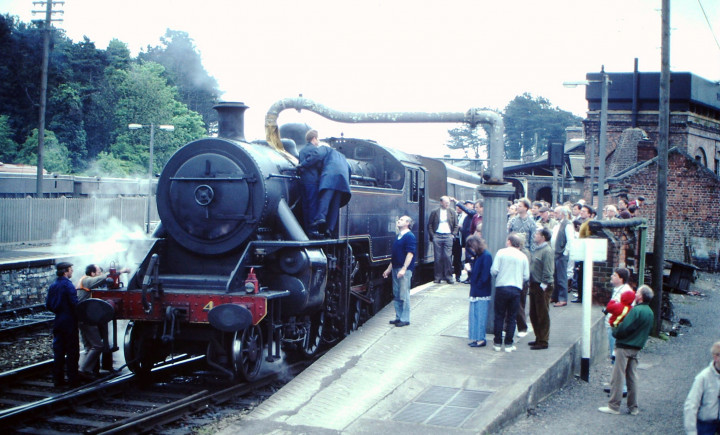 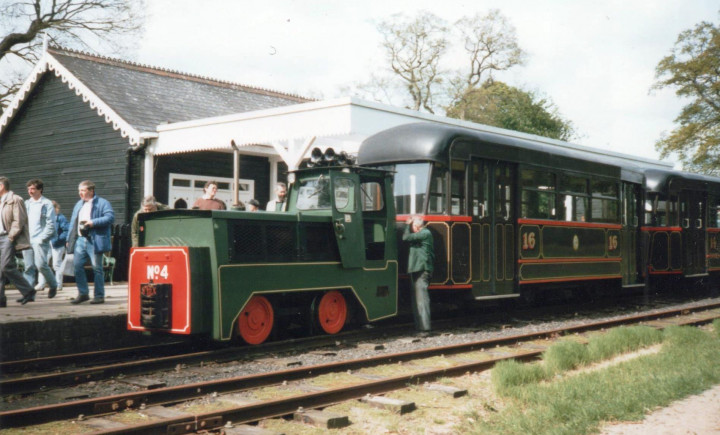 14/5/1991: The Tuesday bus trip visited Shane's Castle Railway. The diesel-hauled train is at the Castle end of the line. 14/5/1991: The bus trip also visited Peatlands Park, between Portadown and Dungannon. Two of their locomotives hauled tour participants around the Park.