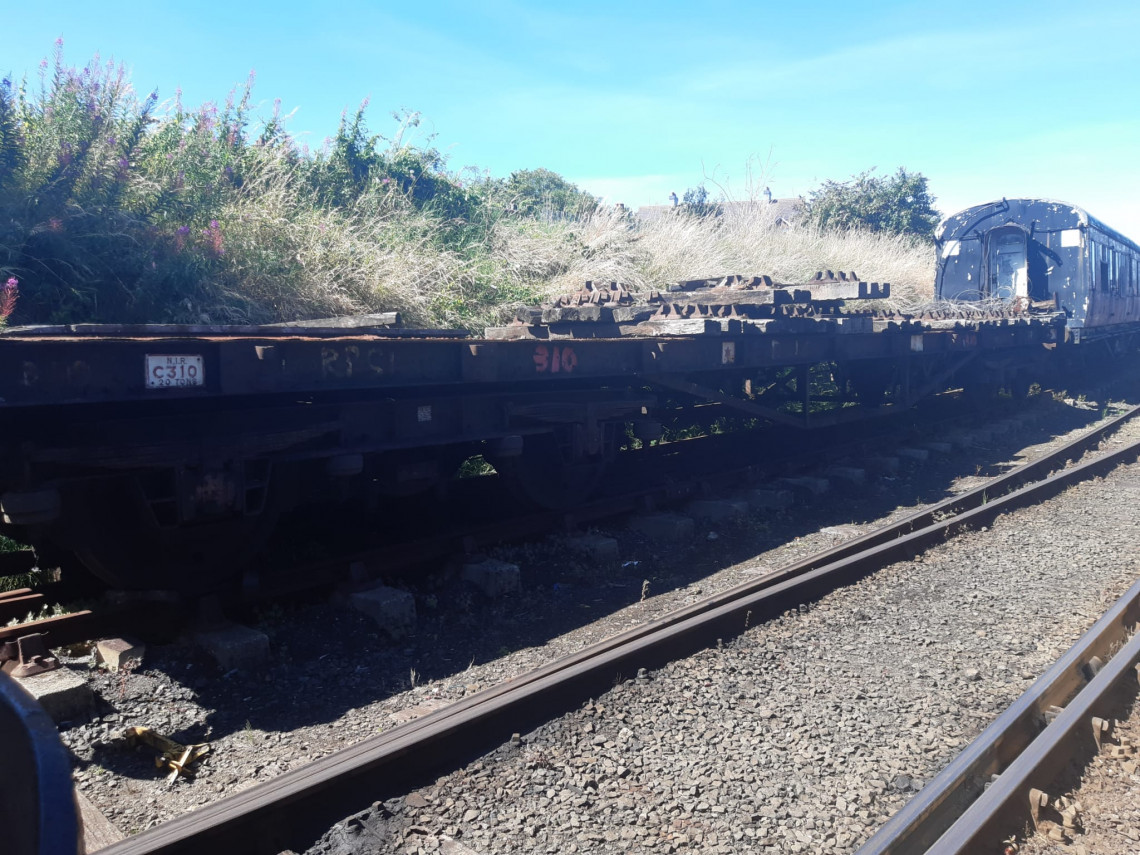 There is some uncertainty about the history of this vehicle.

One source says: Denis Grimshaw (NIR Infrastructure) commissioned a train of six bogie wagons at York Road to bring strings of long welded rails north from the Irish Rail welding plant in Portlaoise for the major relaying that was happening in the early 1980s. According to IRRS Journal 77 (October 1978), they were "converted from adapted carriage underframes mounted on former MPD bogies equipped with Hofmann roller-bearing axleboxes". The picture of 309 at WDX shows SKF axlebox covers, but this could be a modification.

Unlike previous RPSI flat wagons, which were hired out to track relay contractor, this was specially adapted by NIR for the job! 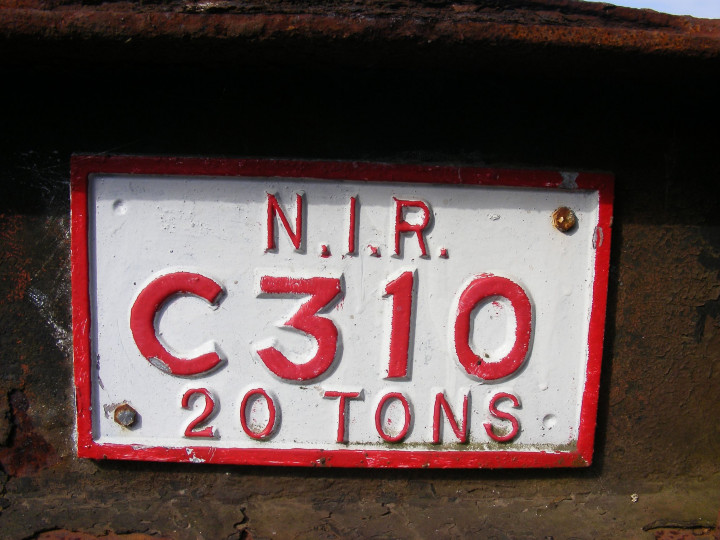 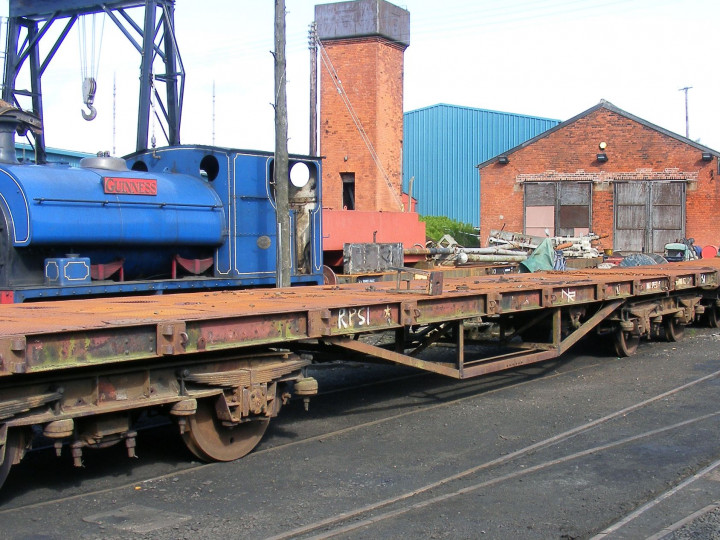 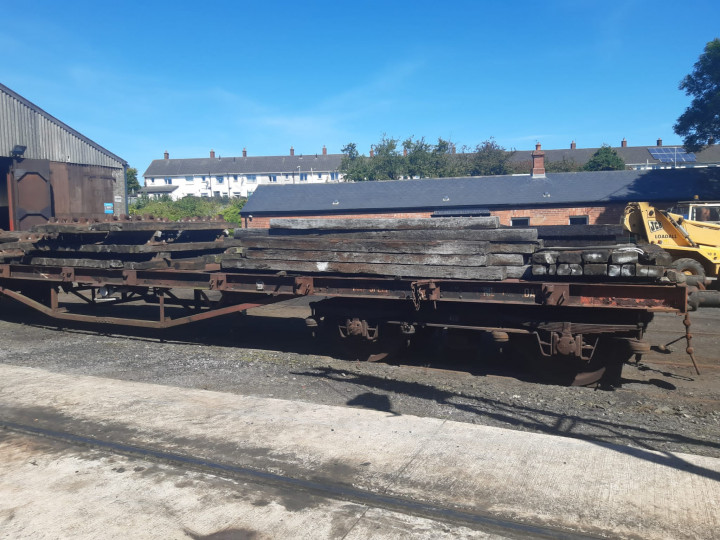 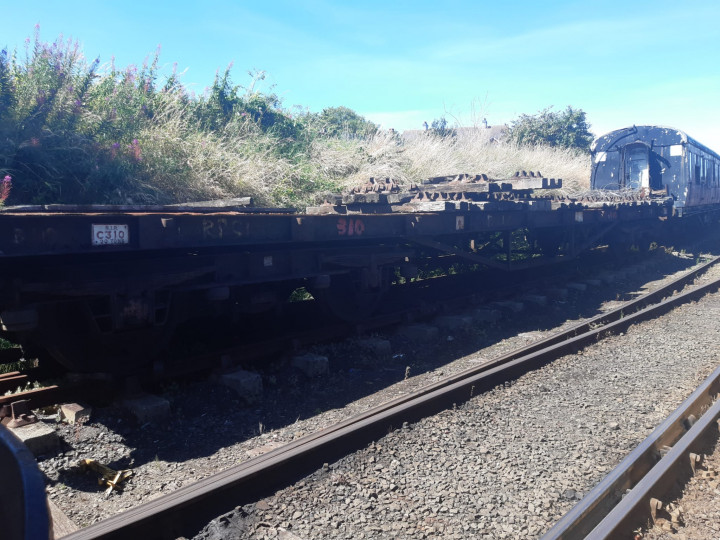